An interactive and in depth mobile game, built from the ground up.

We were approached by the Glasgow Queen Elizabeth University Hospital due to our involvement with activity projects such as Big Team Challenge and World Walking. The hospital were curious about the opportunity to create a new form of mobile app to help children with their recovery within and outside of their time at the hospital. We were delighted to join the project along with mobile developers Michael Park and Fergus Howe. 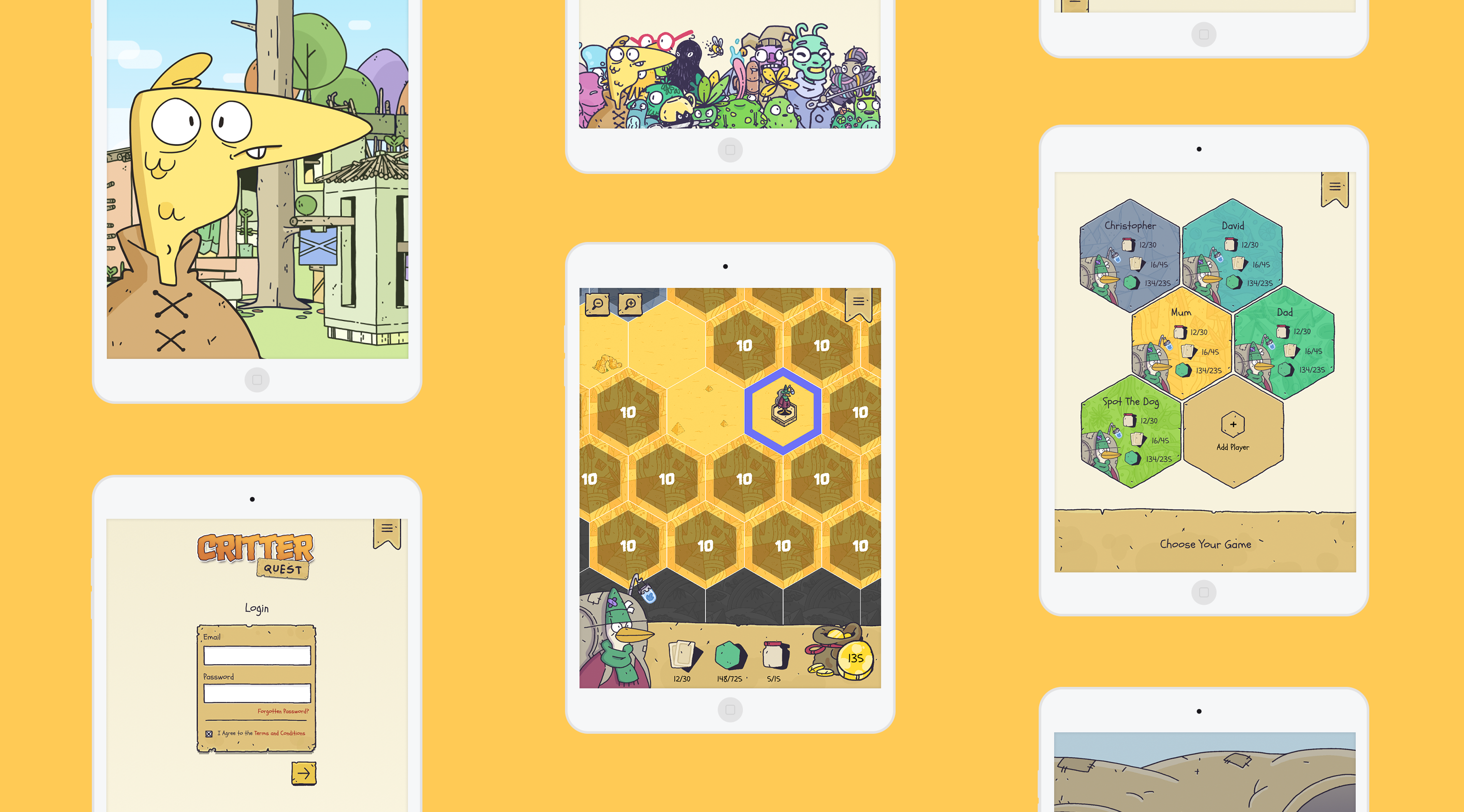 Initial discussions with the hospital and Glasgow Children’s Hospital Charity produced a relatively straight forward outcome of making exercise more fun for the children. It soon became clear that the best option for this would be to create an immersive game for the patients to get invested in and urge them to continue their recovery.
Once this had been decided we were able to set out a time frame we believed we could work to, the first stage of which gave us three months to research and develop ideas for the general concept of the game and how we might go about building it.

It soon became clear to us the vast journey that building a game from scratch would be. Being able to narrow down something as fundamental as the genre of game, took numerous discussions. Ideas slowly began to take shape, some were thrown overboard and some evolved and diverged, but eventually we came to a single path that would lead to Critter Quest.

Deciding to base the narrative in a fantasy realm gave us a lot of freedom to explore more creative ideas such as monsters, unusual terrain, magical items and non-human characters. The fantasy genre is such a broad concept that it appeals to a much wider audience, where science fiction or realism might alienate.

Producing pages and pages of drafts, notes, scribbles and drawings, a theme of ‘exploration’ started to shine through. The idea of a character within the game, exploring a new landscape at the same time as the player, seemed like the most natural choice and a fantastic way to get instant engagement with the child playing.

At this point the project was gathering momentum and very quickly the story line took shape, critters were born and a new world was formed.

You open onto a new land filled with wonderful landscapes and weird creatures. Your companion, Mallard the explorer, is there to help guide you through this magical world while you both search and catalogue all the new creatures you find along the way. Along the way you will keep track of your physical activity, which will in turn reward you with gold coins to be spent to move around the map within the game.

Playing on the main motivation of ‘collecting’ we developed a series of creatures who you are not only able to capture, but also collect trading cards for.

Exploring new tiles on the map will not only uncover new landscapes, but present new interactions with other explorers, fun mini-games to play and the critters to catch. 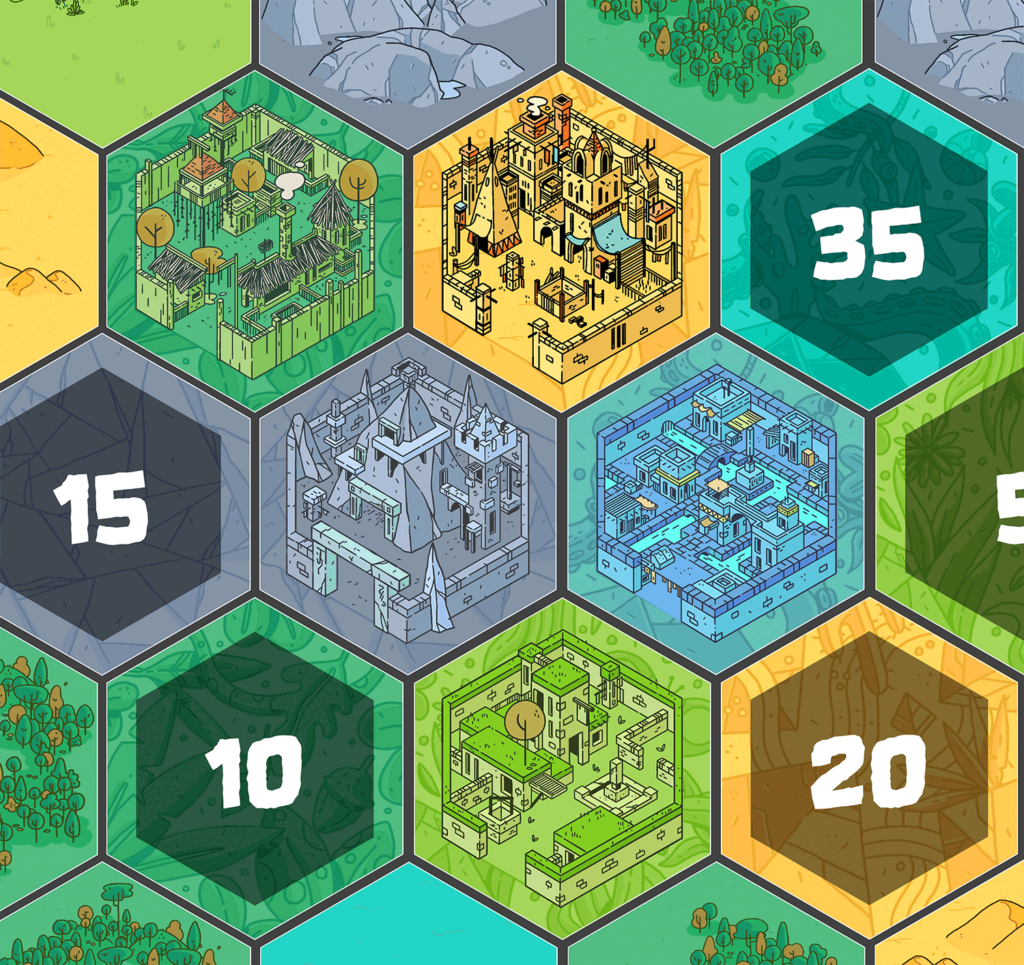 One of the biggest stumbling blocks we knew we would hit was just how exactly to build the game. Traditional mobile development is usually undertaken in the native programming languages of the operating system, but building for games is a whole different issue. After various testing, Game Maker Studio 2 seemed to be the best fit for what we needed from a developing platform. Not only was Game Maker an easy gateway into game development, but it’s powerful enough to create exactly what we required, while also being able to export the game for both iOS and Android platforms.

However, like every step through this learning experience, it was not without it’s hiccups. Limitations on device memory and processing power saw us redesign, draw, animate, code, over and over again to try and strike a compromise between quality and functionality.

Once the solid foundations of the game had been developed it became increasingly clear that while all the functionality boxes had been ticked, they were underwhelming when interacted with. There was something missing and it was the refinement that most games have that you are completely oblivious to: the bounce of a treasure chest as it waits to be tapped on, the animated light gleaming on a gold coin or the simple animations of a character blinking and shuffling slightly as they stand on the screen.

These are the details that make a game so enjoyable and fun to interact with, that until very recently I had never given game designers the credit they deserve.

We combed through the various aspects of the game, highlighting areas where we felt underwhelmed when we interacted with elements and discussed how they could be refined. In most cases this required us animating a lot of the more static objects, adding in depth to screens using particles and finding appropriate sound effects. It all added to an already tight schedule, but increased the enjoyment of the game immeasurably.

While the hospital are busy conducting a study on the effectiveness of the game, it is fair to say we are incredibly proud of the work we produced on this project. It has not only been the most creatively rewarding project, but one of the most challenging we’ve ever undertaken. We all entered this project with naive perspectives on the development of games, but we’ve left it with a fountain of new skills and knowledge that we are excited to put to good use in the future. 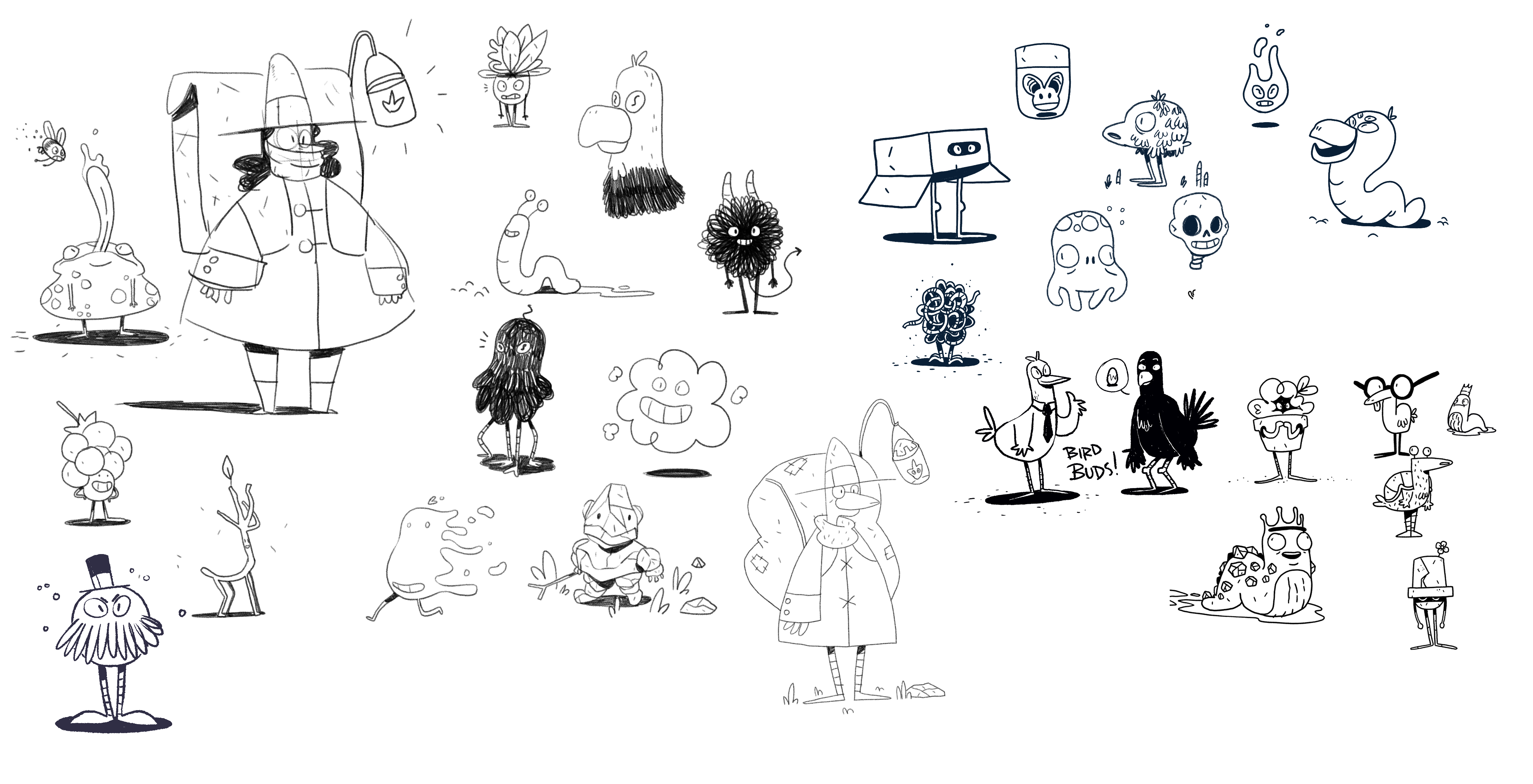